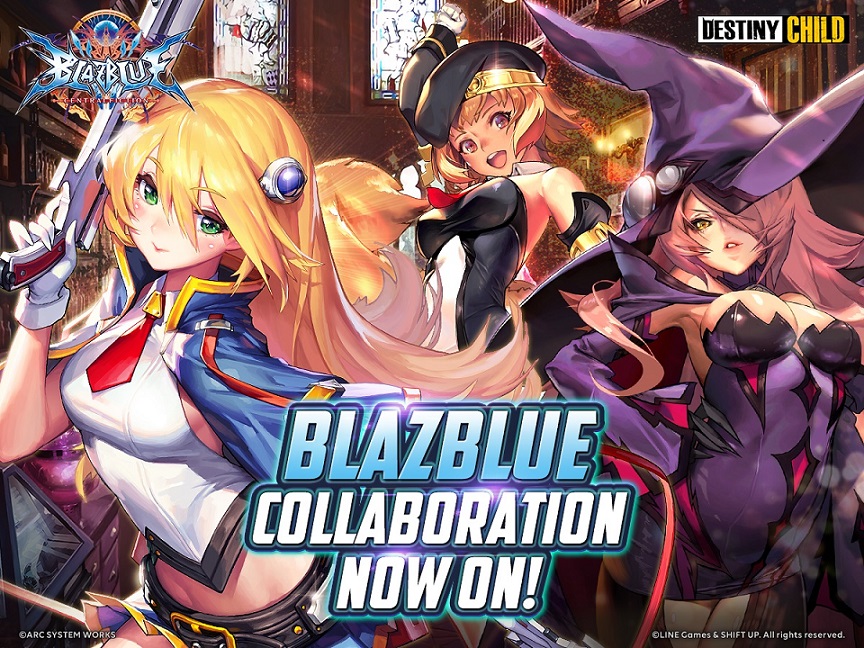 Starting today on July 30 (UTC+0) and running until August 15 (UTC+0), Masters are encouraged to participate in various festive events ranging from BLAZBLUE Pick up summon to the new Narrative Dungeon.

Meanwhile, BLAZBLUE is a 2D fighting video game with stunning visuals and polished controls, loved by many new and loyal fans. More than a full-fledged fighting game, it has original characters backed by a deep story, which has inspired novels, comics, and even an animated series, developing into a diverse media franchise that has gained much popularity.

Destiny Child is currently available worldwide in App Store and Google Play. For more information on the update and the game, visit official Facebook and Destiny Child Community.