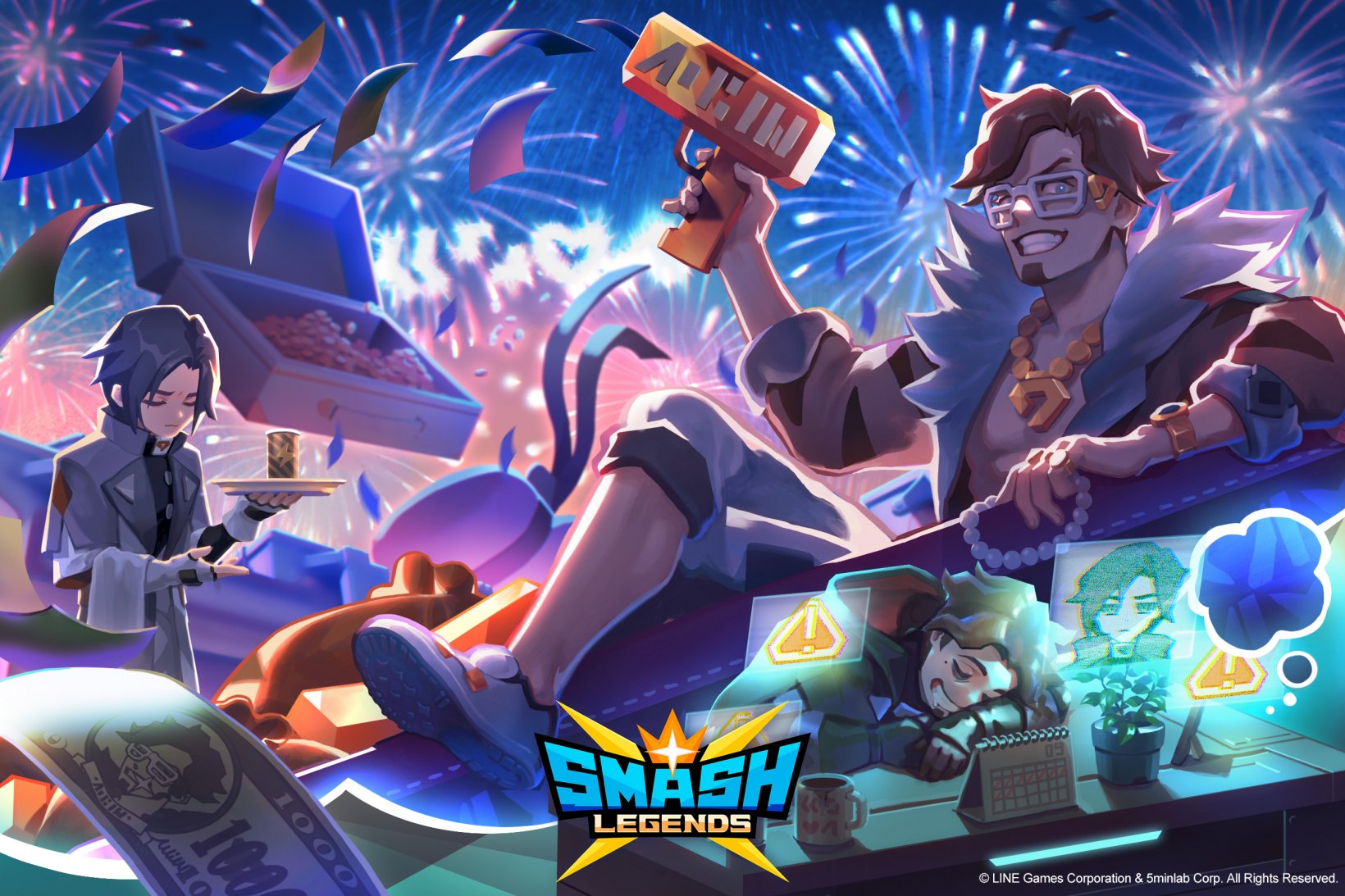 Seoul, South Korea – August 31, 2021 – LINE Games Corporation announced that its Multiplayer Action PvP SMASH LEGENDS, developed by 5minlab and published by LINE Games, has updated a new Marksman character ‘Robin’ and is celebrating its six months of service with a series of special events.

A heroic outlaw, Robin uses bow and arrow to target his enemies and wields a unique Ultimate that enables him to retreat fast and at the same time fire a powerful long-distance attack. Players may come up with various combat strategies by utilizing his advanced mobility.

SMASH LEGENDS’ 17th new character Robin can be unlocked at the paid pass in the newly begun ‘SMASH PASS Season 6: An Overtime Night's Dream’ that offers various rewards including Boxes and Emoji.

And in this week’s update, SMASH LEGENDS is celebrating its six months of service with four special half-anniversary events.

Starting today and until September 7, all players will be welcomed with a ‘Happy 1/2 Year Gift’ at the shop for seven days.

Also, until September 14, a two-week long ‘1/2 Year Attendance Event’, and ‘1/2 Year Legend Selection Event’ in which players will be able to trade their ‘Dream Pieces’ for one’s choice of Legend will be held. Dream Pieces are acquired when players obtain extra ‘Legend Pieces’ of characters that have reached max level and can be used at the ‘Dream Shop’ to buy various Ability Boxes, Skins, and Emoji.

And throughout a whole month until September 25, players will be rewarded with various in-game items through the ‘1/2 Year Celebration Dice Event’.